Recently, there's been a push among supporters of nuclear energy to try and promote nuclear energy-related petitions in the White House's recent propaganda stunt online citizen petition initiative, "We the People". Some of these petition topics included advocacy of specific nuclear prototype projects (such as the integral fast reactor [IFR], liquid fluoride thorium reactor [LFTR], and others), others advocacy for nuclear energy education, and so forth.

Rather cynically, the White House decided to raise the signature petition threshold from 5,000 to 25,000 signatures in 30 days. Even still, a few petitions - particularly those related to marijuana and general drug-policy reform, managed to squeak through, along with others tied to topics such as the "Fair Tax" plan and the topic of "under God" in the Pledge of Allegiance.

Taking a look at the official White House responses - released on a Friday (in other words, "trash day" in media parlance), one can tell that they simply wanted these topics to just go away. The White House takes these kinds of matters no more seriously than a local Congressional representative takes unsolicited letters from individuals: a boilerplate response that simply says, "Thanks, but we still disagree. Now please go away." Pretty clear and convincing evidence what kind of Potemkin Village propaganda fronts initiatives like these are - and a distraction from real advocacy efforts.

Contrast this with actions such as that organized by Meredith Angwin in support of the beleaguered Vermont Yankee nuclear facility. In addition to her blog, "Yes Vermont Yankee," she recently organized a pro-VY rally as a counter to some of the recent anti-VY rallies going on. Originally she expected a turnout of about 25 - and through the power of social media, managed to get over double that (60 total).

This is what effective advocacy looks like. Going out and talking to people - family, friends, and neighbors. Directly engaging with peoples' concerns, many of which are legitimate at their root (in the sense that health, safety, and economics are all legitimate concerns). And they're concerns we have answers for - especially those of us who are educated nuclear professionals.

Some of the most effective actions we can take are simply to educate people - not even evangelizing, but reaching out to organizations like schools, scouting groups, and so on. (Some of the most enjoyable teaching moments I've had so far involve teaching basic nuclear concepts to scouting groups.) One of the chief motivators behind the fear of nuclear energy and radiation is the fact that these issues are poorly understood - the more ordinary mundane they become, the less opportunity there is for the professional scaremongering class to stir up boogeymen.

It isn't always easy - people will often get intimidated when I tell them I'm a nuclear engineer. But the most common way I've found to deflect that and put people at ease is this - I tell them, "Really, it's just a very sophisticated way of boiling water to make electricity." And, bland as that sounds, that really is the root of nuclear energy - controlled nuclear fission which produces heat, which in turn boils steam and turns turbines. That's it.

Getting people to understand this, and the fact that radiation is all around them in nature, are key to allowing the public to make informed decisions on energy, rather than being emotionally manipulated by ignorance and hype.

Online petitions run for the cynical political benefit of their sponsors just won't do this. At best, they are simply used at the discretion of their political puppetmasters, and at worst fruitless efforts like these rob advocates of time better spent on more effective education and outreach efforts.

11/8/2011: To clarify a bit, following a conversation with the creator of the LFTR petition - I'm against petitions as a means of impacting governmental policy (which is next to useless). Petitions as a medium for education - which I still think is relatively limited by the medium itself - is still fundamentally the right idea, in that the goal is to begin a conversation. (Unfortunately, the LFTR petition recently expired, per the 30-day rule of the White House petition system, or I'd have otherwise provided a link.)
Posted by Unknown at 1:43 PM No comments: Links to this post

The Obama administration's controversial decision to zero-fund (and effectively cancel) the Yucca Mountain spent fuel repository - in violation of the Nuclear Waste Policy Act - was generally regarded as a decision which would only be reversed by a subsequent administration. (One can argue about whether the 1987 amendment to the Nuclear Waste Policy Act mandating Yucca mountain was a good or fair idea, but it still is the law, bad law as it may be.)

So, how do the prospects for that look? Judging by last night's Republican debate in Las Vegas: outlook not so good.

Each of the candidates generally opposed the repository, or at the very least, refused to indicate a willingness to go against the Obama administration's policy. Newt Gingrich appeared to give a qualified endorsement, nodding that the scientific community had generally found the site to be one of the most suitable to the task, while acknowledging strong local opposition.

Rep. Ron Paul (who I will admit to personally being a fan of), put it this way:


I approach it from a state’s rights position. What right does 49 states have to punish one state and say, “We’re going to put our garbage in your state”? I think that’s wrong.

Certainly, there's something to be said for the federalist approach, particularly if we're looking for lasting solutions. Meanwhile, Mitt Romney appeared to echo the sentiments of the Blue Ribbon Commission, indicating he'd prefer a competitive market-based bidding process by states to host a potential repository contingent upon suitable geology.

CNN has the full debate transcript up, so you can judge for yourself.

But as to the final fate of Yucca Mountain, including a reversal of fortune by a future administration? Don't bet on it.
Posted by Unknown at 11:00 AM 1 comment: Links to this post

Civilian nuclear energy programs as a "fig leaf" for proliferation: Does it matter?

The Washington Post today featured an interesting article detailing many of the difficulties and setbacks encountered by Iran's enrichment program, post-Stuxnet. In part what it illustrates is the technical difficulty of actually attempting to engineer a proliferation attempt, even given access to facilities and technical know-how.

Iran has been plagued by problems, owing chiefly due to the fact that separating isotopes which vary only slightly in atomic weight (U-235 versus U-238) is an extremely challenging process from a technical perspective. Centrifuges accomplish this task by spinning tubes of uranium hexafluoride (UF6), a green gel which becomes an extremely corrosive gas when heated; the heavier U-238 is pushed further outward down the tube, allowing for the lighter U-235 to be "skimmed" off. This process must be repeated hundreds of times (i.e., through "cascades" of connected centrifuges) in order to separate out useful quantities of U-235. Centrifuges must be precision-engineered and capable of spinning at incredible speeds - hundreds of meters per second, and capable of tolerating extreme mechanical stress. As the above article points out, this is not an easy task, especially with aging equipment and sub-standard materials.

A key take-away lesson here should be that even with the backing of a sovereign state and scientists with the technical know-how, proliferation is not easy. (Given enough time and resources, it is clearly not impossible - but both of these factors tend to be the chief constraints of any proliferation attempt.)

One issue in the reporter's choice of language jumps out, however:

Here's the thing - the problem is not Iran enriching uranium per se. So-called "enriched" uranium can be anywhere from 1-99% U-235, the "fissile" species of uranium which exists in only trace quantities (less than a percent) in nature. Yet only uranium which has been enriched to high levels of U-235 - at least 20% (classified as "highly enriched uranium" or HEU), and generally for weapons on the order of 90% - is considered actually suitable for a weapon. Most civilian reactors use uranium enriched between 2-6% ("low enriched uranium" - LEU) - itself useless for a uranium-based explosive device.


Nowhere in the article is it stated whether Iran has actually produced HEU; to date, no evidence has been presented that they in fact have gone up to this level. Does this mean that I am naive enough to believe Iran has only benevolent intentions with their program? Of course not. But it's also incredibly sloppy journalism to imply that uranium enrichment on its own is a nefarious project; enrichment to low levels is a mundane part of the civilian fuel cycle. Much like any technology, enrichment can be used for good or evil; but the simple act of uranium enrichment on its own does not itself constitute a grave situation. Incidentally, a similar form of collective panic takes hold with particular concern trolls (who shall remain nameless) any time a new enrichment technology - such as laser-based enrichment (e.g., SILEX) is introduced. 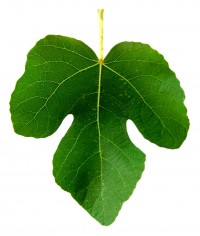 This leads into the broader question which is often posed as a challenge to nuclear energy: are civilian programs used as a cover for weapons applications? Fundamentally, a point my colleague Alan raised which remains true is that weapons are a consequence of a regime that decides to pursue weapons. There are numerous historical examples of regimes which have either developed only an anemic civilian nuclear power capacity and weapons (e.g., Pakistan, Israel) or none at all (North Korea). In other words, the decision to proliferate does not seem to historically spring from the development of a civilian fuel cycle - in fact, research by my former adviser Dr. Man-Sung Yim shows that increasing development of total civilian nuclear power capacity has a negative correlation with historical decisions to proliferate. There are several possible explanations for such a phenomenon, but chief among them may be the fact that countries which begin to enjoy the benefits of civilian power programs do not wish to see these economic benefits jeopardized by proliferation decisions.


To emphasize: none of this implies that we should not have reasonable safeguards against proliferation, such as measures the IAEA undertakes with host states and operators, such as inventory tracking and regular inspections of facilities. But it does call into question the larger logic of non-proliferation as objection to nuclear energy systems at large. Assuming that civilian programs are used as a cover for military applications - as is suspected in the case of Iran, for example - what exactly should this imply? One must ask - do opponents of nuclear energy demand that countries who have shown neither the propensity nor desire to proliferate also forfeit their ambitions for nuclear energy programs as a token symbolic gesture?

As history has shown, even assuming such programs are used as a "fig leaf" for proliferation activities, civilian programs are neither necessary to proliferation nor are they even necessarily promoters of such (in fact, the opposite claim can be supported). Can civilian fuel cycles be co-opted for military use? Yes, of course - the same enrichment facility used to produce LEU for fuel can easily be repurposed to produce HEU for weapons. Yet in this sense, civilian nuclear energy systems are no more a "promoter" of proliferation any more than automobile manufacturers are a "promoter" of vehicular homocide. The argument simply doesn't hold up.
Posted by Unknown at 9:04 PM 3 comments: Links to this post